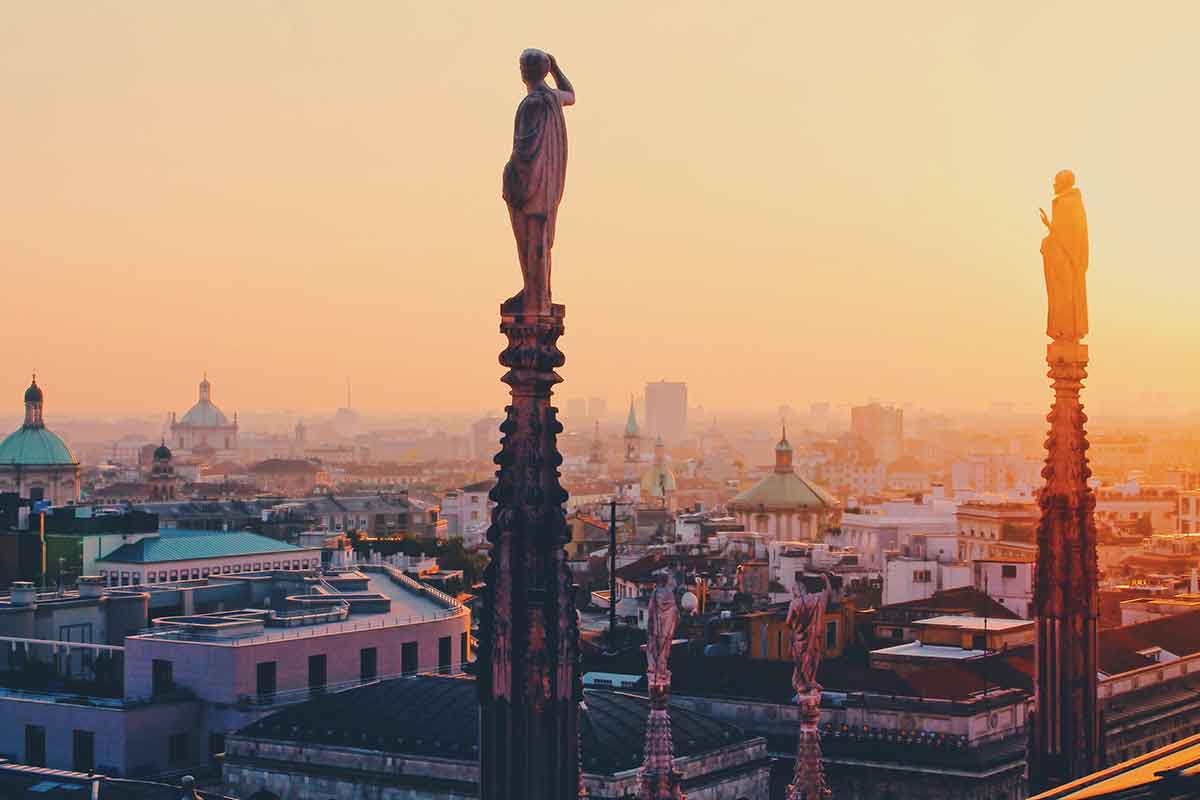 Is Milan safe for new travelers?

Milan, known as the fashion capital of Italy, is a popular Italian destination and visitors from all over the world visit here to walk down its fashion streets and get up close and personal with the most luxury brands of the fashion world!

Milan is also the second most populated city in Italy after Rome. Thousands of tourists flood this metropolis eager to discover its streets and beautiful piazzas, go shopping, visit art galleries and indulge in the real Italian aperitivo all while here!

This page looks at safety in Milan and covers topics such as solo travel in Milan, neighborhoods to avoid in Milan as well well as give you ideas on where to stay. 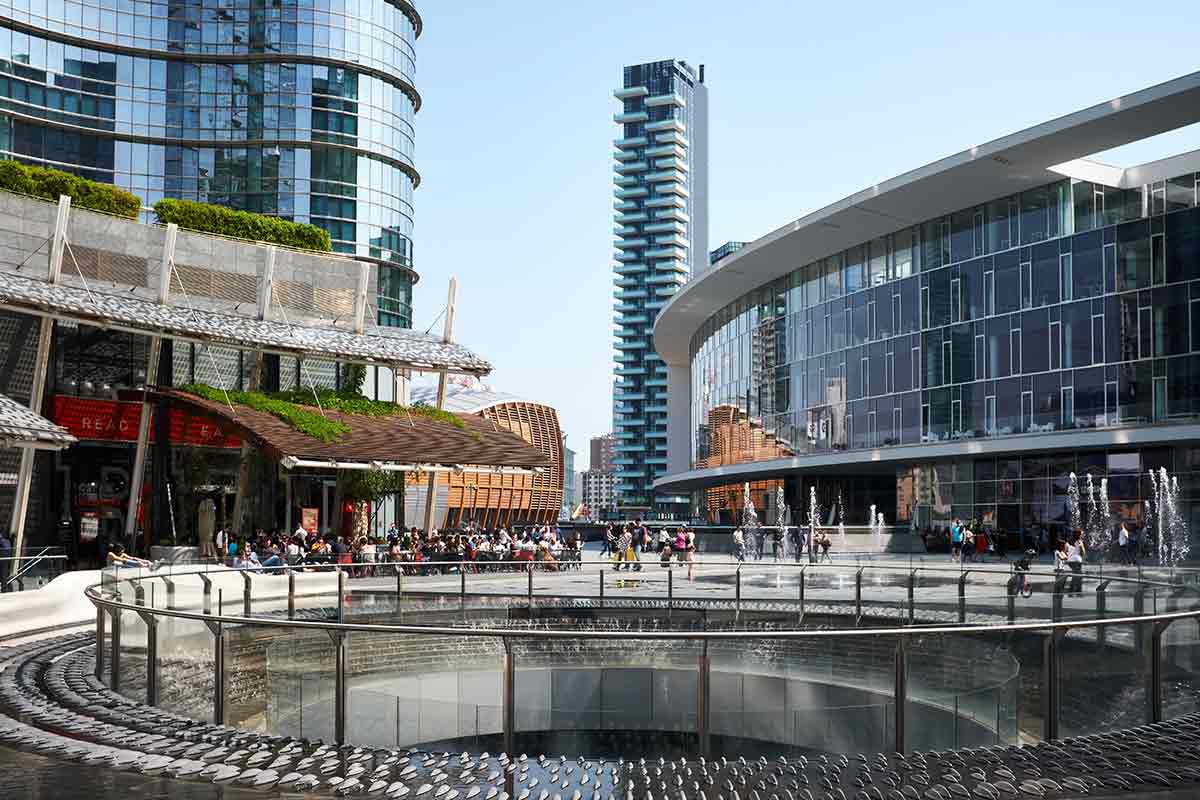 So, if you’re planning to travel to Italy soon, or, you are already in the country and asking yourself: is Milan safe? Keep reading this post to learn more.

How Safe is Milan?

Milan is a safe city for tourists, even though there are some precautions we recommend taking when moving around the city.

More recently you might have heard about tourists reporting being followed on the streets at night or not feeling safe around the railway station area.

In fact, there are places and neighborhoods of the city to avoid and tourists should mainly be concerned about pickpockets and scams.

As long as you keep an eye on anyone approaching you (in an unfamiliar way) and stick to the city’s tourist areas you’ll have a fantastic and relaxed time in Milan.

According to Numbeo.com crime levels in Milan is moderate similarly to many other big European cities, and crime has increased in the last 3 years.

However, Milan is still interestingly seen by some visitors as a less dangerous place than the likes of Naples or even other popular cites such as Madrid.

Areas to avoid in Milan 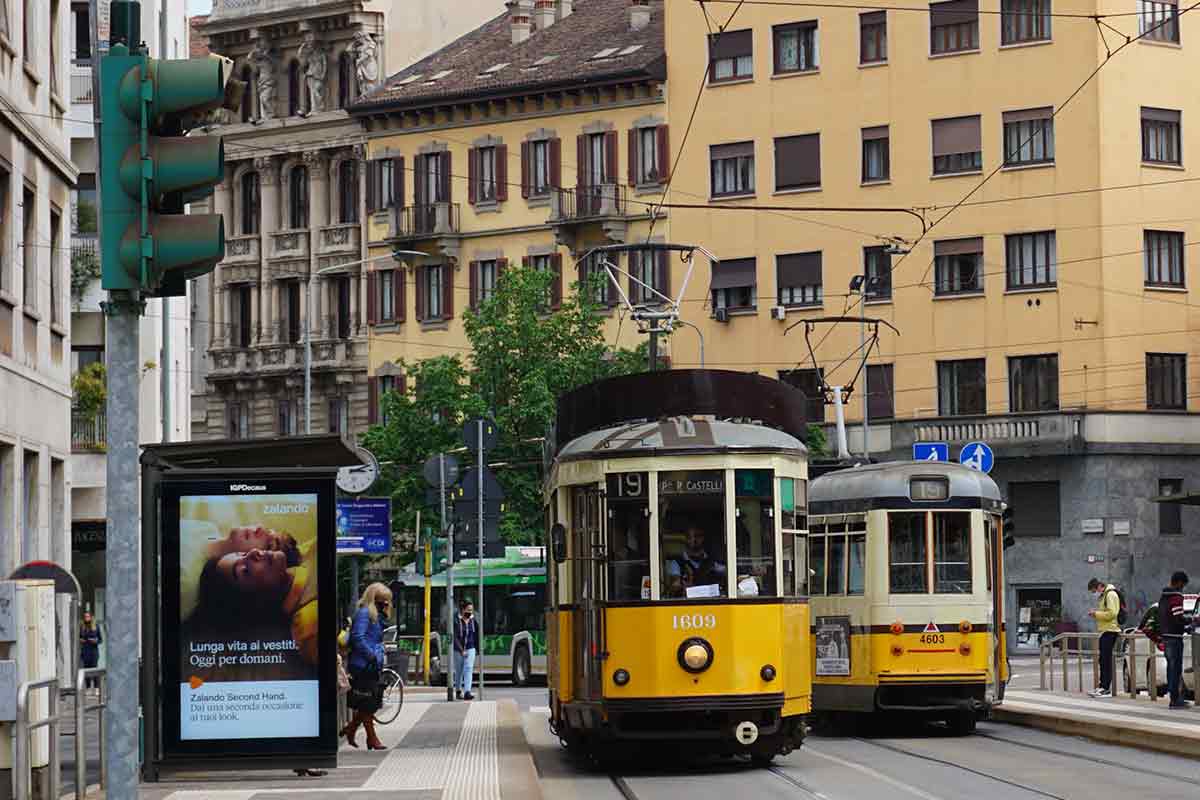 Here’s a list of the areas of Milan to avoid:

Is Milan Safe to Travel Alone?

Milan is safe for solo travellers. There’s no reason why you should be concerned about this aspect during your trip as long as you take the same precautions you would take when traveling to any other big city. 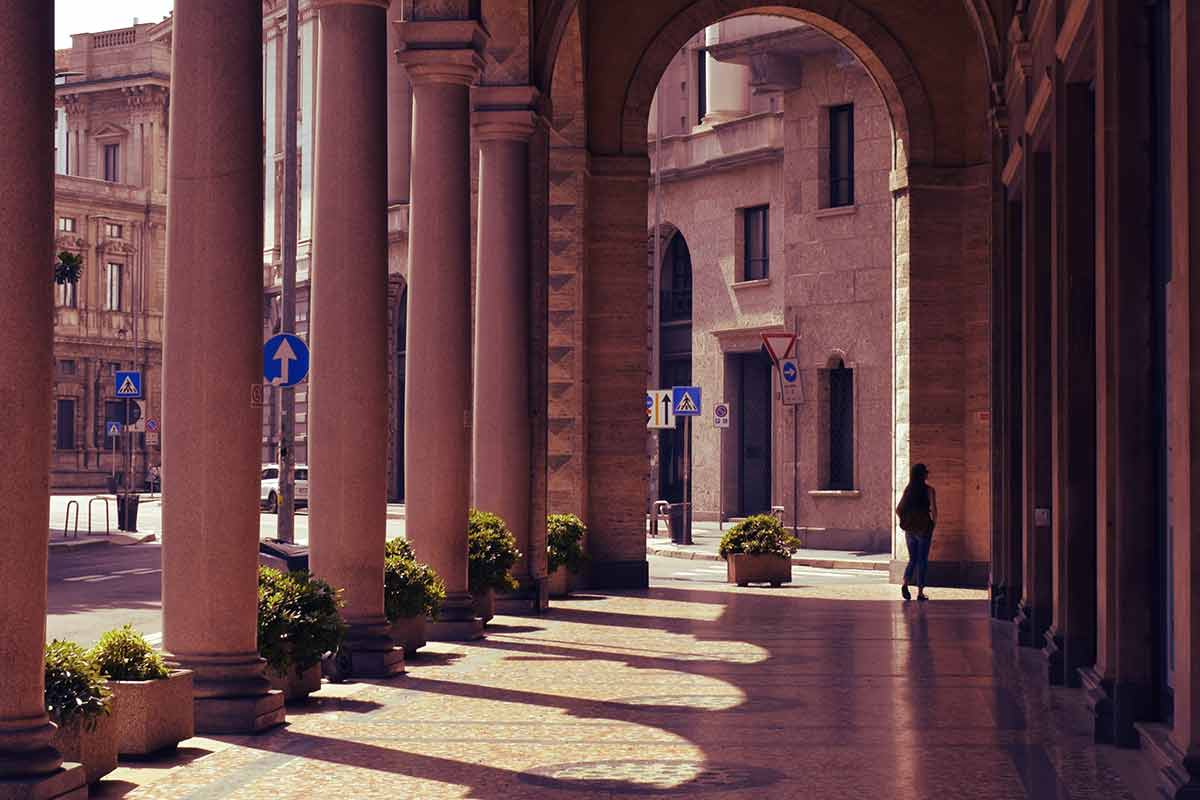 Whether you’re in Milan for holiday, a weekend or even a business trip, if you spend your time in the tourist areas and avoid the dangerous ones on its outskirts, you’ll be completely fine.

There are lovely hostels where you can also meet other fellow travelers and spend some time exploring the city together, for example, we recommend moving around with someone else for the night.

Is Milan safe for female Travellers?

Yes! Milan is safe for female travellers. During the day you won’t have any problem in moving around the city. Remember to always keep an eye on your belongings when you’re on public transport or in overcrowded places.

Ideally stick to the tourist areas of the city and if you end up in a quiet area with no people around, then go back from where you came from in order to avoid any issues.

Stay away from suspicious individuals that might follow or stare at you and quickly move to where you see people. Avoid the station areas at night too.

Where to stay in Milan

Among the best neighbourhoods of Milan there are:

Based on this list of the best areas to stay in Milan we’ll give you some ideas on where to stay since it can be tricky to make a decision that ‘ticks all the boxes’. 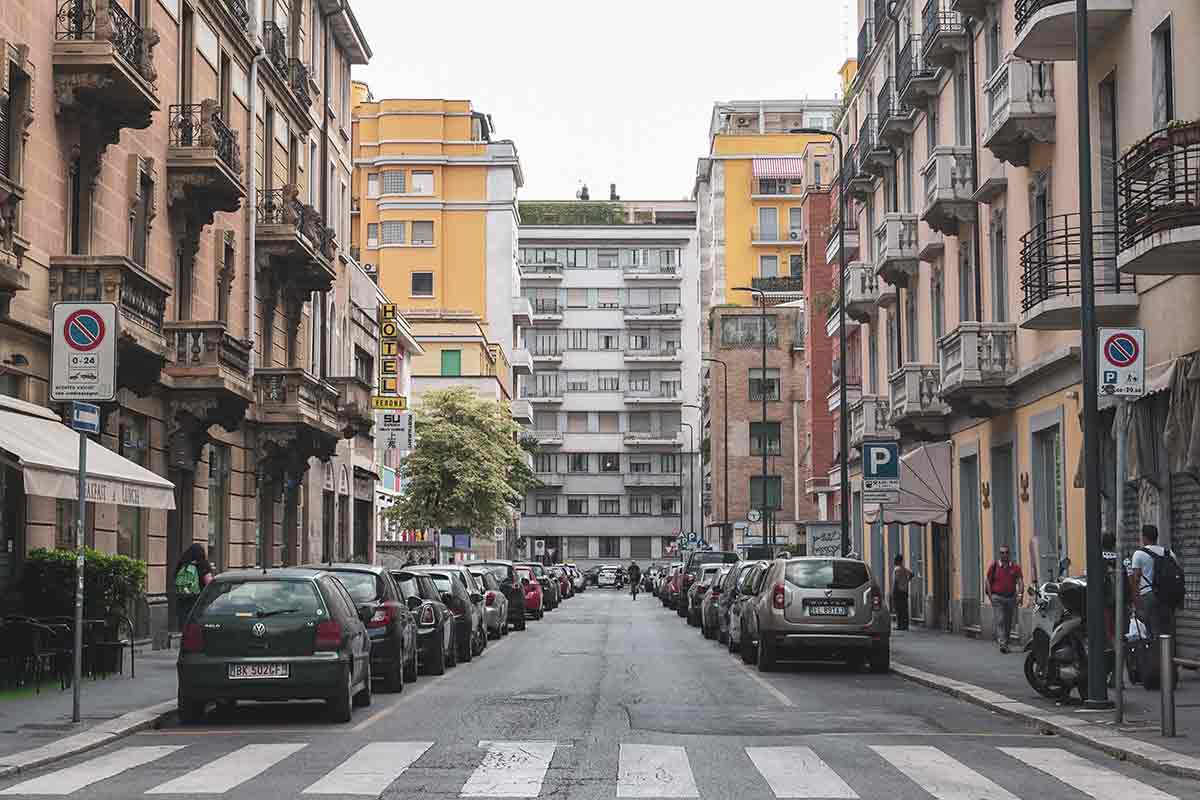 See below our selection of accommodation:

The best time to visit Milan is spring and autumn. Between the months of April and June, and September and October, temperatures are pleasant and not too hot, there’s less chance of getting rainy days and there’s less tourists visiting. 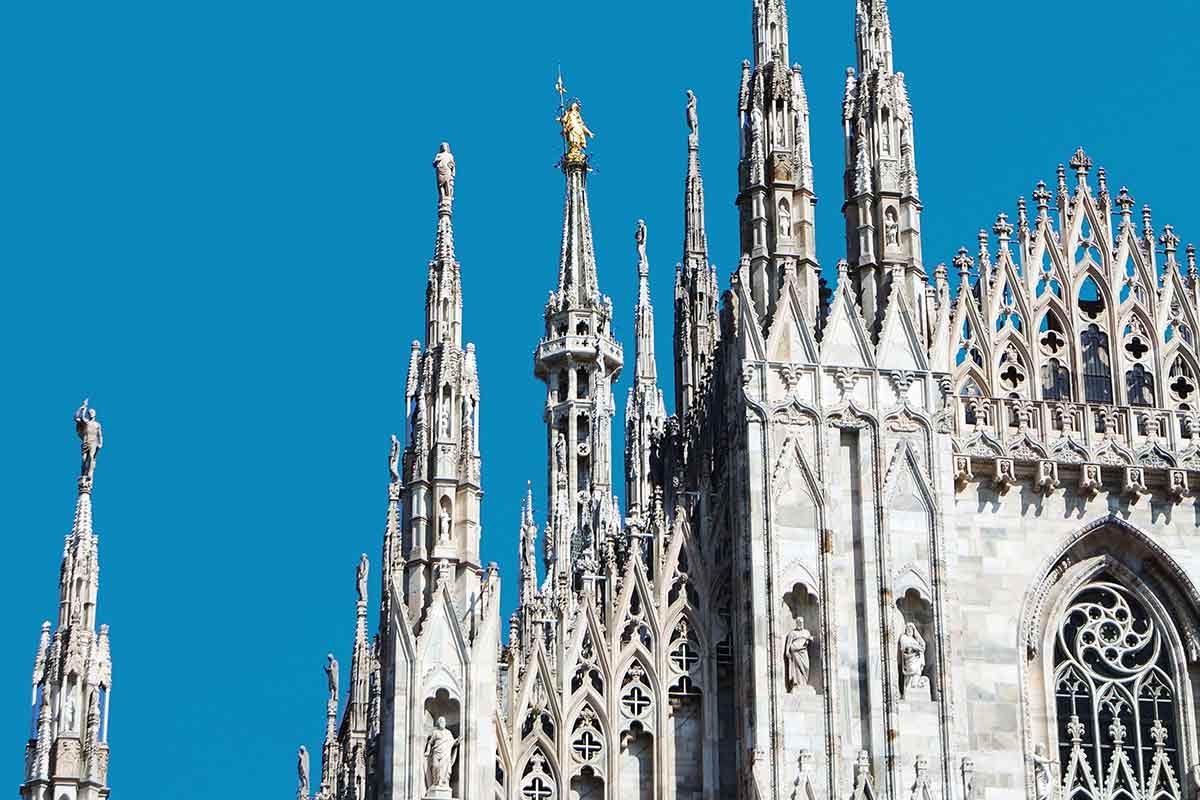 The most touristic time of the year is summer when there are a thousand of visitors. We recommend avoiding this period when temperatures in Milan can get very hot.

Spring and autumn are therefore good moments to go sightseeing and spend time outdoors , even if you’re traveling around end of May-June and September the queues at the entrance can be particularly long.

Traveling during the shoulder seasons is also advantageous if you want to save money with accommodation and flights.

As explained on this post, Milan is safe and there’s no reason why you should be concerned about this aspect when planning a trip to the fashion capital or if you’re already here.

Just take the usual precautions you’d take in any other metropolis of the world, avoid bad neighborhoods and stick to where you see the crowds in the night, in Milan, you’ll certainly have a great time!

Be sure to start booking your trip to Milan today and take a closer look at our sustainable travel tips to ensure your trip has a positive environmental impact.