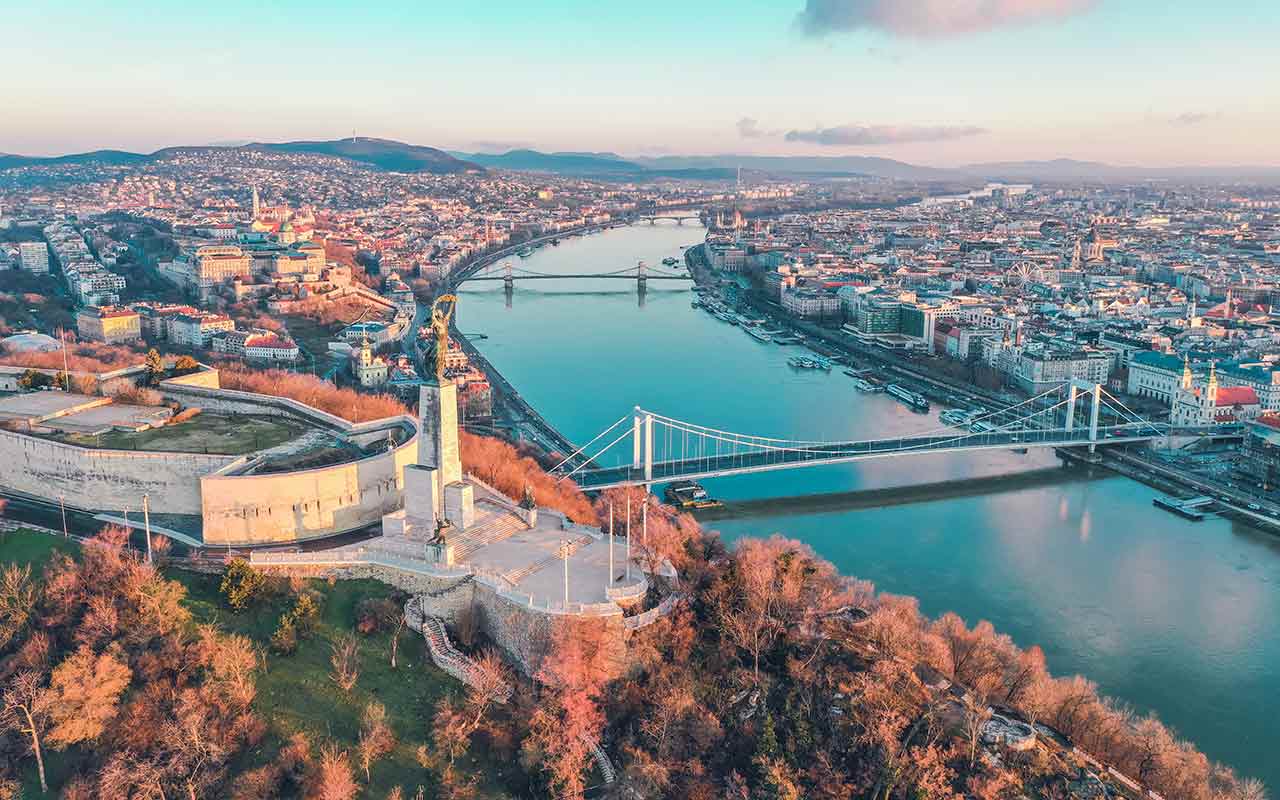 Is Budapest safe for new travelers?

Budapest is the iconic Hungarian city with a buzzing tourist scene. If you didn’t already know, Budapest is the 9th largest city in the EU and the capital of Hungary, home of Goulash!

One side of the Danube river is called Buda, and the other is Pest. See what they did there? Its 19th-century Chain Bridge connects the hilly Buda district with the flat Pest side.

A funicular runs up Castle Hill to Buda’s Old Town, where the Budapest History Museum traces city life from Roman times all the way to now.

Trinity Square is home to 13th-century Matthias Church and the turrets of the Fishermen’s Bastion, which offer some of the most incredible views of the city.

Some of the most popular places are covered in this 3 days in Budapest itinerary but what you want to know, however, is whether Budapest is really that safe to travel to.

The good news is that we are here to give you the scoop and send you on your way with some tips.

How Safe is Budapest?

Budapest is very safe! On the one hand, it’s just like any other major European city with petty crime problems and the highest chances of crime happening to visitors being pickpocketing.

However, it’s still seen by some visitors as a more dangerous place than the likes of Madrid or London which simply isn’t true!

This is mostly due to the fact that there is a lot of underground crime such as drugs and trafficking.

There are thousands of migrant workers living on the streets trying to get by. In our opinion, Budapest is a very safe city because of just how many tourists visit here.

It’s just like Rome and London, tourists make up a lot of the GDP, so they aren’t typically targeted.

According to Travel Safe Abroad:

The location score of 76 makes Budapest a safe city, especially for tourists. Minor crime acts are present, but very little standard precaution can make your stay safe. There are not violent criminal acts against tourists.

So, we can expect to be free of violent criminal acts as tourists which is good to know but what other facts and figures are worth knowing?

Get a FREE travel insurance quote from SafetyWing to get the right (and timely) support when it comes to protecting yourself in Budapest.

Is Budapest Safe For Tourists?

Yes, definitely. Tourism is the backbone of the Budapest economy, so most people are welcoming of new visitors the city.

Despite the high number of tourists, Budapest is still a very safe city with lower levels of crime towards tourists than the likes of Barcelona or Milan.

However, there are a number of instances in which tourists require a certain level of awareness to avoid finding themselves in unpleasant situations.

As a tourist, you should specifically avoid the XVIII district which is located in Pest.

Despite being a relatively peaceful and quiet place during the day, it has a reputation of being unsafe and minor crimes are quite common in and around this area.

Hate crimes towards foreigners based on their appearance are rare, but those with an appearance similar to the Roma people might encounter different levels of hostility since the situation between Hungarians and the Roma people is not exactly positive.

Where to Stay in Budapest

See some of the incredible spots to stay when visiting Budapest:

District VI, Terézváros, is a great place to stay in Budapest if you’re on a super tight budget. There is a number of clean hostels nearby too.

This small neighborhood is jam-packed with restaurants and cafes. You can also do a tour of the House of Terror to learn about the dark side of Hungary.

District I Várkerület, or the Castle District, is one of the most iconic neighborhoods in Budapest.

Várkerület or known by many who travel to Budapest as the Castle District is the most visited and frequented by first-timers to the city.

Expect romantic views, cobblestone streets, medieval architecture, and easy access to some of the other closeby neighborhoods.

Buda Castle Hill is one of the most prominent attractions which is also where you’ll find the Hungarian National Gallery and Budapest History Museum.

Belváros is the best place to stay in Budapest if you are looking for a more upscale stay. Luxury hotels (we recommend Prestige Hotel) and swanky restaurants are exactly what locals who stay here are looking for.

Expect cultural attractions such as the Central Market Hall, Parliament Building, and the Chain Bridge.

Not only is it one of the largest neighborhoods in Budapest, but it also has access to all the metro lines so it makes a great base to transport yourself to other parts of the city.

Although Budapest isn’t the most unsafe location in the world, it wouldn’t hurt to take some precautions before and during your stay to ensure that you stay safe no matter what.

Here are some tips to take with you:

Our trusted source with all things climate and travel is Travel US News.

Here’s what they say:

“The best times to visit Budapest are from March to May and September through November. These shoulder seasons are when the weather is idyllic and the city isn’t overcrowded with tourists.

However, the climate is always relatively mild, with temperatures rarely exceeding bearable levels.

July and August experience average highs in the upper 70s, while average lows in January rest in the mid-20s.

Tourists flood the city in summer, despite it being the hottest and wettest of time of year.”

See these key events during this period to enjoy during your visit:

For some of the best city views, the Budapest hop-on hop-off bus will help to ensure you get to visit the best landmarks at your own pace.

Turns out, Budapest is quite a safe place if you take the necessary measures.

Planning ahead will make your trip stress-free, so make sure you have the best time by being prepared before making the journey.

Budapest has bar none, the best nightlife in the world, so if you’re visiting purely for getting your groove on, no need to fear.

So, having read this information, what are you waiting for? See this guide on things to do in Budapest and book your trip today!