What is the true cost of living in New York today?

The U.S.A is one of the best countries in the world (though there are those that make a great case for other countries).

Both LA and NYC are extremely adaptable for immigrants, as they tend to cater for nationalities by way of cuisine and culture.

Cost of Living in New York

In many cases America can be considered quite similar to other English-speaking countries such as Australia or New Zealand in terms of culture, so visitors know what to expect.

The big question though, that most American people will bring up, is the fact that both cities are so far away from each other.

There is a huge cultural difference between LA and the rest of America, meaning that costs of living will change literally based on proximity to LA.

We’re going to compare New York to Los Angeles to set the record straight on the cost of living.

The Big Apple is one of the most expensive places to live in the world.

However, there are affordable housing options in nearby states such as New Jersey, or even spots in the boroughs such as Staten Island and the Bronx.

There’s an extensive underground system as well as commuter trains, meaning you could work in Manhattan offices whilst technically living across the river.

The possibilities are endless, but we’ll be tackling the city itself.

When it comes to Manhattan and Brooklyn, we would have to say that this question is almost laughable if you asked a native New Yorker, fughedaboudit, they’d say.

Living costs can be quite expensive from 4 bedroom house prices in the city all the way down to a pint of milk.

Although there are pockets of New York boroughs outside Manhattan that are slightly more affordable, we’d say they are still more expensive than if you chose to live in a nearby state such as Connecticut instead.

The food is expensive when it comes to groceries and boutique restaurants, but it’s always great to know there is cheap food out there, you just need to know where to look.

With so many great things to do in NYC designed for visitors, it would be a shame to miss out on all that the city has to offer as a dweller.

According to Salary Explorer, the salaries of those living in New York are some of the best in the world!

If you find yourself being offered a job in New York, the possibility of career growth is huge.

“A person working in the United States typically earns around 94,700 USD per year.”

However, it changes when you decide to work in the Big Apple!

“A person working in New York typically earns around 121,000 USD per year.”

If we had to pick a place to earn some dough, New York would be high on our list.

If you’re thinking of buying a house in New York, there’s a simple rule we would suggest you use.

Check you have at least a few million dollars in the bank to spare and then consult a realtor.

New York is just different when it comes to property. In the rest of the state, the less affluent people can afford housing whilst the rich live in mansions.

In New York City, the affluent people can afford housing whilst the Russian oligarchs and oil barons construct skyscrapers for the tax breaks.

It’s a sorry state of affairs, just ask New Yorkers and they’ll voice their frustrations too.

According to an article by Norada,

“Home prices are still low compared to where they were last year, just before the pandemic hit New York City.

Most buyers aren’t paying sellers’ asking prices. Although rents of apartments have been falling in New York City due to high vacancies we can a significant slowdown in those trends.”

According to the New York Times,

Where to live in NYC?

There are hundreds of neighbourhoods in all five New York boroughs, so there are thousands of possible spots to live in the city.

Some of the coolest, most hip spots in the city include the Lower East Side, Downtown Brooklyn and Jackson Heights. 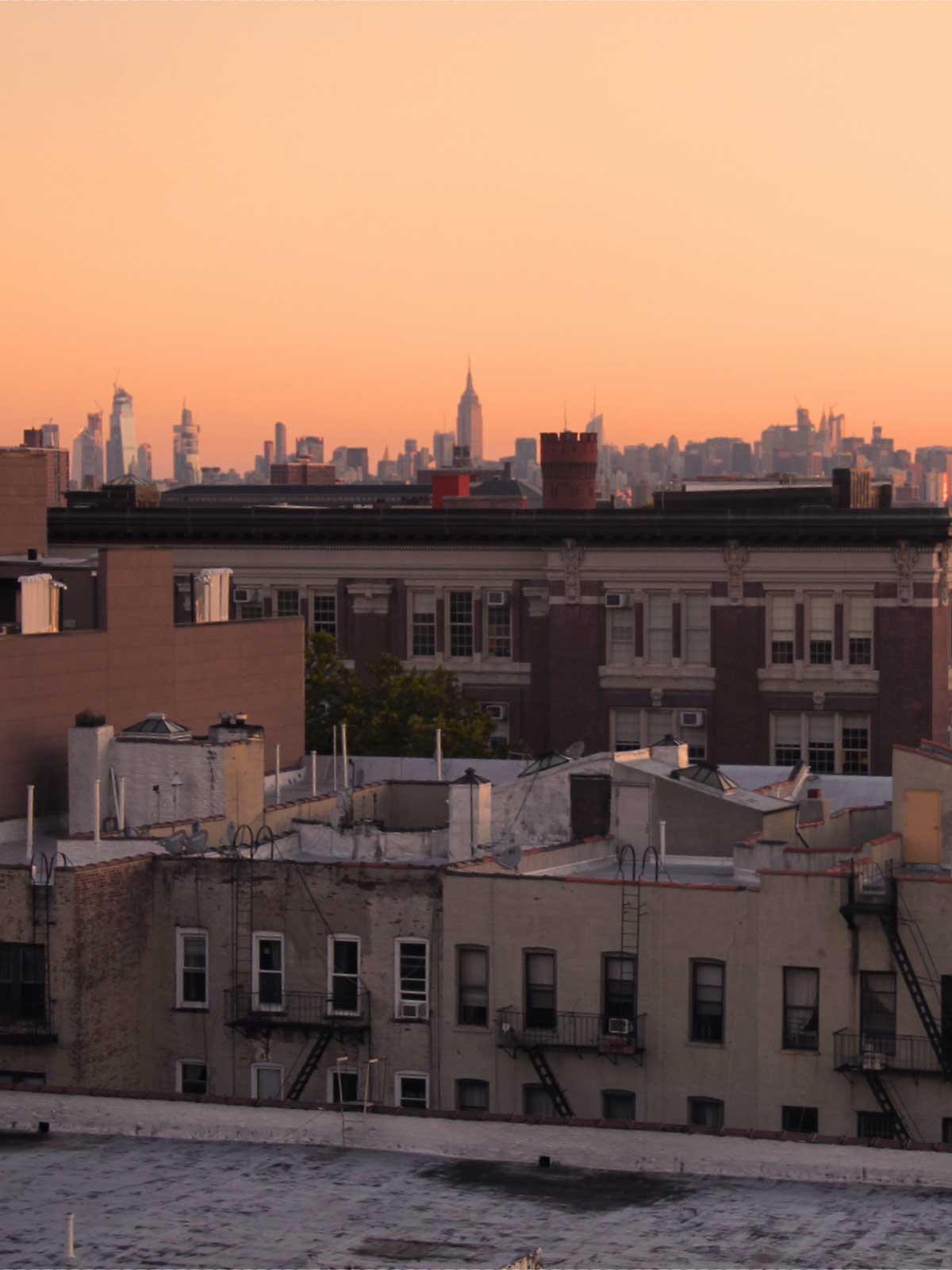 You’d have to figure out what your budget is, but our favourite borough is Staten Island.

It’s known as the sleepy borough with only 500,000 residents and a lot of parks. You’d have to be okay with commuting to Manhattan via ferry, but we don’t mind.

New York and Los Angeles are worlds apart, but a great comparison to make when it comes to living costs.

For someone looking for a place to just work and have fun, Los Angeles is completely reliant on cars.

Is the traffic on the 405 worth the immaculate climate?

Is Los Angeles A Good Place To Live?

Its location between the coast and mountains helps to produce the perfect climate.

If you don’t like extremes, Los Angeles is a great fit for you as the average high temperature is 75 degrees and there’s sun about 300 days a year.

Living here, you’ll always find a good reason to get outside and enjoy the sunshine! Los Angeles is one of those cities that really represents the American melting pot mentality.

In the greater L.A. area, over 140 nationalities are represented and nearly 100 different languages are spoken.

Living in LA, you’ll see that many nationalities even have their own neighbourhoods!

However, there is the risk of wildfires and earthquakes in this part of California.

Cost of living in Los Angeles?

We decided to consult Bestplaces.net, since they had the definitive verdict on living expenses in LA compared to New York:

As this suggests, LA is technically cheaper than New York for everyday living. Although many residents will beg to differ, this is a purely average based rating that takes into account all parts of both cities.

We went to our trusted source with these matters, Investopedia.

“As of March 2021, based on figures from Numbeo.com, the average cost for a one-bedroom apartment in the city centre sits at approximately $2,258 per month. If you are looking to get roommates, a three-bedroom apartment averages over $4,300.”

The good news is that while these averages may seem quite scary to a newcomer of LA, they are skewed upward by the presence of extravagant luxury rentals in the wealthy areas of town that you wouldn’t have a hope of reaching.

You can find plenty of Los Angeles rentals for under $1,800 per month if you go outside of the city centre to spots like Santa Monica.

Though it is advisable when you find something that seems cheap for the area to investigate the neighbourhood and the apartment to ensure it is somewhere you are willing to live.

“If you can afford to buy in Los Angeles, prepare yourself for stiff competition and high prices.

According to the real estate website Zillow, the average cost of an LA home is hovering at $809,865.”

Living in New York vs Los Angeles pros and cons

So what are the pro and cons once we have digested all this information?

Let’s take all this information and put it in a nutshell:

For us, the difference between living in New York and Los Angeles isn’t all that different if you’re seeking a place to live and work.

Sure LA has nicer weather, but the cost of living is a lot cheaper for the same quality of life than the likes of New York.

Neither of these cities made it onto our list of sustainable travel destinations but they both have many sustainable projects going on.

For the most part, LA is more loved, but New York is still the capital of the world.

We would love to avoid natural disasters as much as possible! Book your trip to the U.S.A today.