What is the true cost of living in London today?

Both cities are extremely adaptable for immigrants, as they tend to cater to nationalities by way of cuisine and culture.

Cost of Living in London

The UK can be considered quite similar to other English-speaking countries such as Australia in terms of culture, so visitors know what to expect.

The big question though, that most English people will bring up, is the invisible north/south divide.

Despite the amazing places to visit in Nothern England, there is a huge cultural difference between London and the rest of the UK. Meaning that costs of living will change literally based on proximity to London.

We’re going to compare London to Manchester to set the record straight on the cost of living.

The Big Smoke is one of the most expensive places to live in the world.

However, there are affordable housing options in nearby spots such as Luton and Norfolk to the north and Hastings and Brighton to the south.

If you were concerned about safety in London when moving around, you’ll find the tube very safe. Passengers aboard London Underground Rail – the most effective way to travel around Central London.

There’s an extensive underground system as well as commuter trains, meaning you could work in Central London offices whilst technically living in Oxford.

The possibilities are endless, but we’ll be tackling the city itself.

When it comes to Central London, we would have to say that this question is almost laughable if you asked a native British citizen.

Of course, it is, they’d say. According to this website;

London is the 6th most expensive location in the world according to the latest Cost of Living report from global mobility specialist, ECA International (ECA), analyzing costs of consumer goods and services in more than 480 locations worldwide.”

Living costs can be quite expensive from 4 bedroom house prices in the city all the way down to a pint of milk.

Although there are pockets of London boroughs outside the central area that are slightly more affordable, we’d say they are still more expensive than if you chose to live in Hertfordshire or Oxfordshire instead.

If you’re traveling to England for the first time and in London, you may only notice the higher prices once you begin to visit places outside of London.

The food is expensive when it comes to groceries and boutique restaurants, but it’s always great to know there is cheap food out there, you just need to know where to look.

Office workers in a building across King’s Station, London

According to Salary Explorer, the salaries of those living in London is crazy good!

If you find yourself being offered a job in London, the possibility of career growth is huge.

This is the average yearly salary including housing, transport, and other benefits. Salaries vary drastically between different careers.

If we had to pick a place to earn some dough, London would be high on our list.

If you’re thinking of buying a house in London, there’s a simple rule we would suggest you use.

Check you have around a million pounds in the bank to spare and then consult an estate agent.

London is just different when it comes to property. In the country, the less affluent people can afford housing whilst the rich live in mansions.

In London, the affluent people can afford housing whilst the Russian oligarchs buy mansions for the tax breaks.

It’s a sorry state of affairs, just ask Londoners and they’ll voice their frustrations too.

Unless you’ve saved all your life just to buy a flat, we’d recommend not purchasing property in London. It’s pretty much for the wealthy and that’s it.

Where to live in London?

London, just like New York did in the 90s, is beginning to gentrify all over the place.

There are spots that used to be notorious for crime becoming the hip new spot for young people to move for the first time.

Places like Brixton and Shoreditch are world-famous cool spots to live when they never used to be back in the day… These are at least somewhat affordable for renting, but get them whilst you can!

If money is no object, then North London is your best bet.

Many of the neighborhoods around Hampstead Heath are beautiful, such as Chalk Farm for its pastel-colored Georgian houses and Highgate for housing the likes of Jamie Oliver and Madonna.

Further reading on moving to London:

Cost of Living London vs Manchester

Manchester and London are worlds apart, but a great comparison to make when it comes to living costs.

For someone looking for a place to just work and have fun, Manchester is pretty much the same as London but a LOT cheaper. See this guide where decided to compare London vs Manchester for new travelers/visitors.

Are the London prices really worth it? Let’s find out!

Is Manchester A Good Place To Live?

Manchester is the perfect city for an alternative lifestyle.

It prides itself on its LGBTQ+ past, women’s liberation, and tolerance for other cultures. Some of the crosswalks are rainbow-colored, not just for pride week, but all year long.

The BLM marches rivaled that of London’s, despite having just 12% the population of London. If you love pride marches and you prefer trams over underground trains, Manchester is the place for you.

There’s a lot of work in Manchester that isn’t found in London anymore, the most famous being the UK’s largest TV channels and news media outlets.

There are hundreds of thousands of people that would move to London but just can’t afford it. They’ll tend to try Manchester as it’s one of the next best options along with Birmingham and Glasgow.

In this way, Manchester is often the gateway city to London.

Cost of living in Manchester?

According to our trusted source in these matters, Numbeo, the cost of living in Manchester is vastly cheaper than London:

The point at which Manchester prices seem to be similar to London, is when it comes to restaurants and cafés.

And, that’s it! With everything else, Manchester is waaay cheaper. 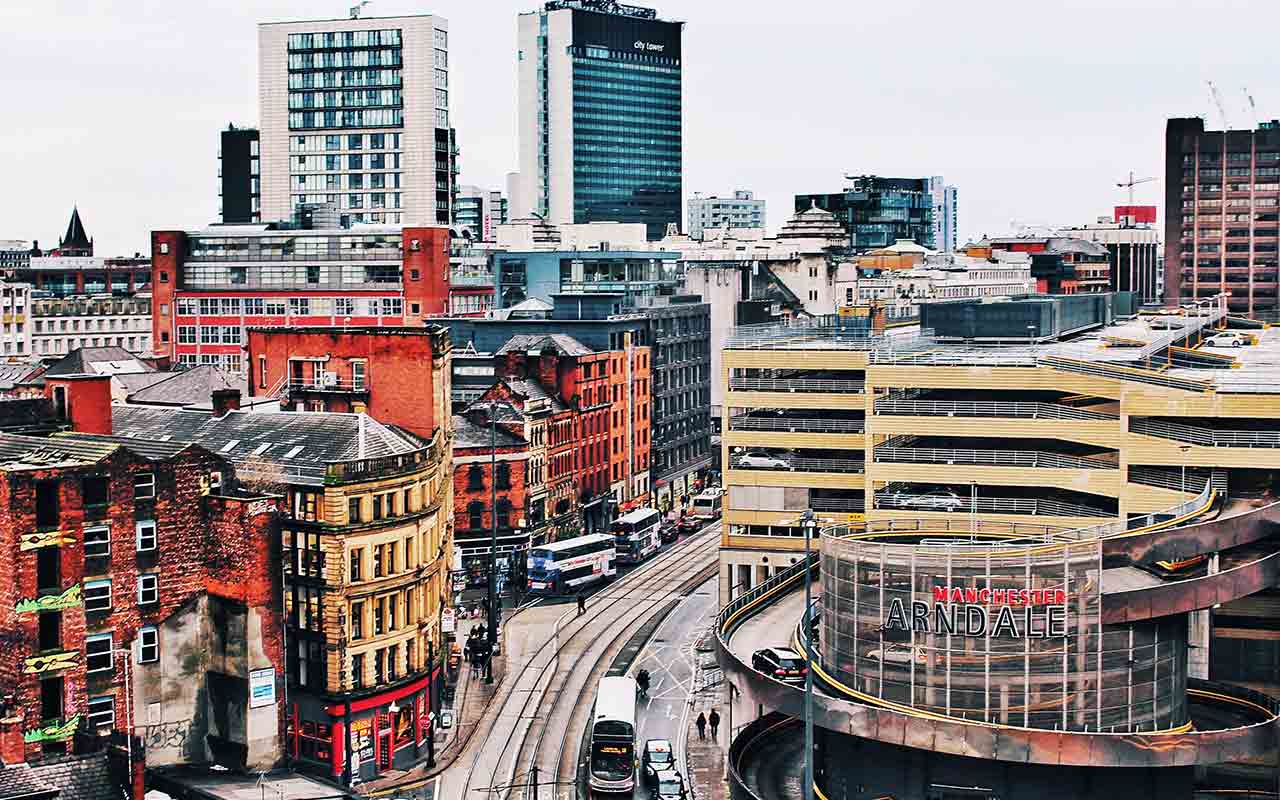 Manchester metropolis is bustlin’ just like the city of London

The jobs tend to be very similarly paid, yet the rent is 54% lower in Manchester! You can see now why people use Manchester as a gateway to London, it’s more cost effective.

We consulted Zoopla again, and the findings are staggering!

That means that on average, flats in Manchester are a third of the London price. 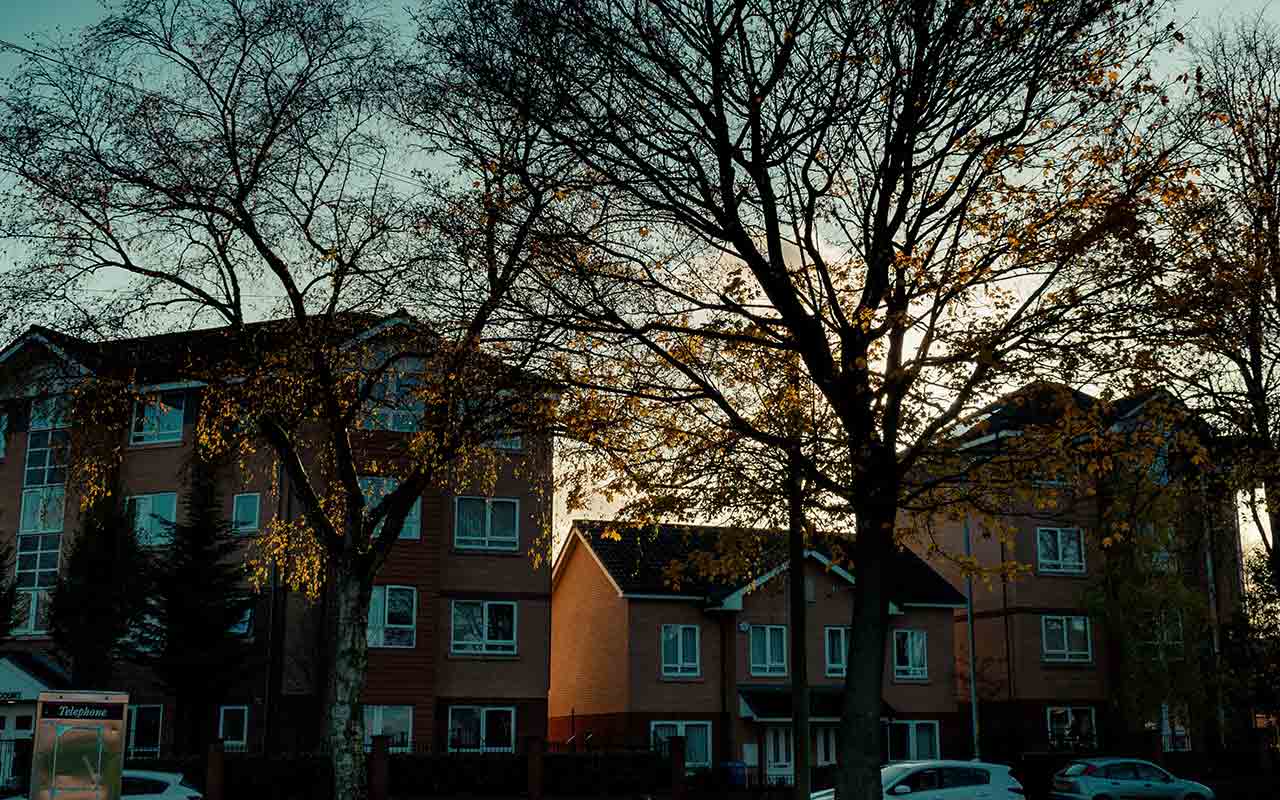 Living in Manchester is cheaper, but the tram system has given many the opportunity to live in suburbs of the city without sacrificing time to commuting too. This makes a lot of Manchester and Salford quite cheap.

London vs Manchester: The Pros and Cons

For us, the difference between living in Manchester and living in London isn’t all that different.

Sure Manchester is smaller and has fewer people, but the cost of living is a lot cheaper for the same quality of life.

We would say that for the most part, London is more loved, but Manchester is still the pride of the north.

Where would you prefer? Let us know if you think London is worth all the money that gets thrown at it! Book your trip to England today.